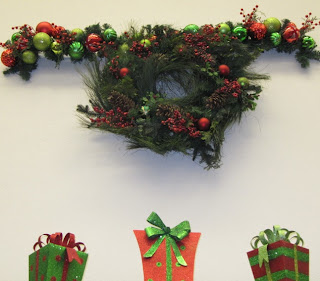 Decatur Public Library has purchased numerous e-books [and audiobooks] about which you may not be aware. These are called Advantage titles, through Overdrive® and are digital titles available at Camellia Net
[ http://camellia.lib.overdrive.com ] to Decatur Public Library cardholders only.

Please note: it is important to log in before searching the Camellia Net Catalog in order to view all titles available to Decatur Public Library cardholders.

Listed below are the adult fiction e-book titles purchased for just our Decatur patrons, some with the help of our outstanding Friends group. We hope you find something you’ll enjoy!

Remember, these titles cannot be seen until you log in with your library card number! And there are a lot more e-books [and audiobooks] to choose from, shared by the entire Camellia Net consortium!

Remember, these titles cannot be seen until you log in with your library card number! And there are a lot more e-books [and audiobooks] to choose from, shared by the entire Camellia Net consortium!

Beyond All Measure: a Hickory Ridge Romance by Dorothy Love
Inspiration F Love

Battlefield of the mind -- commemorative edition by Joyce Meyer
248.4 Mey

"There Are Things I Want You To Know" about Steig Larsson and me
by Eva Gabrielsson
839.738 Gab
Posted by Decatur Public Library at 2:24 PM

There are a few changes happening at the library.

The first is a change in hours. Beginning Monday, October 3, our hours will be changing. We will no longer be open until 9pm on Monday, Tuesday, and Wednesday. Our new hours are Monday 9am-8pm, Tuesday 9am-8pm, Wednesday 9am-8pm, Thursday 9am-6pm, Friday 9am-5pm, Saturday 9am-5pm, and Sunday 2pm-5pm.

The second change is in Netlibrary. Netlibrary has been bought by EBSCOhost ebooks. The library has learned that none of our account information was transferred in the switch. This means that the login information you currently have for Netlibrary will no longer work. You will need to come into the library and create a new account with EBSCOhost ebooks. The Reference Department will show you how to get started.

The third change is due to shrinking budgets. The library has opted to drop our subscription to the online databases AtoZ the USA and AtoZ Maps. We will reconsider this decision when budgets improve.

The fourth change is a good thing. We got word this week that Camellia Net is now supporting Kindle. The Camellia Net site has instructions to get you started.

Of course one thing that has not changed is the annual October quilt show. It will be here soon. I am always amazed at the variety of quilts that visit each October so don't forget to drop by to see the quilts.
Posted by Decatur Public Library at 1:28 PM

Thanks to the wonderful support from the Friends of the Library, Decatur Public Library is now part of Camellia Net, Alabama's Digital Library powered by Overdrive Digital Library Reserve. This site allows you to download ebooks, audio books, and music from home at any time of the day or night. All you need to begin is your library card number. Each book title will display whether the file can be downloaded as an MP3, WMA audio, ebook, burn to cd,transfer to ipod, etc. The camellia net site will let you know what programs you will need to download to your computer or device in order to use this service. Decatur Library has joined the Advantage plan so make sure you have logged in with your card number before you begin your search. Logging in with your card number first will allow you to see all the titles that are available to you. Overdrive has compiled a list of devices and what download format each supports. The list can be seen at http://www.overdrive.com/resources/drc/. At the moment Amazon Kindle is not a supported device but overdrive is working with Amazon to try to make this a possibility.
Posted by Decatur Public Library at 11:50 AM

Decatur Public Library would like to welcome you to our blog!